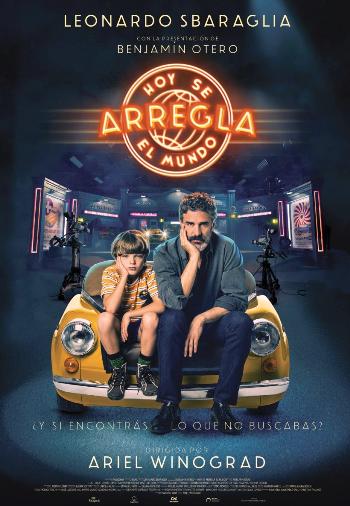 David Samaras is a well-known TV producer and is divorced. He has a nine-year-old son, Benito, whom he rarely sees because of his workload. He is very devoted to his work and does not show proper attention to his son. One day, the ex-wife asks to take Benito for one day, as she has a very important meeting about work. David hardly agrees, he comes to the school to pick up his son, but they cannot find him in the list of students, then it turns out that two years ago his son was transferred to another school. He takes his son to his work, but he only interferes with him, because a small child asks for attention. At home, he tries to be a good father, asking his son about school, his hobbies, but he quickly gets bored, he does not know how to communicate with the child, so he just gives him the phone. The next day, David meets in a cafe with his ex-wife, who called him for a serious conversation. She is offered a job in another city and they move, but David is not very worried about this and, seeing this, the woman reproaches in a fit of anger that he does not love his son and, in general, perhaps not even his father. Having said this, she leaves the cafe in tears and is hit to death by a car. After the funeral of David does not leave the feeling that Benito is not his own son. And now he is trying to find out the truth and find the real father of the child.