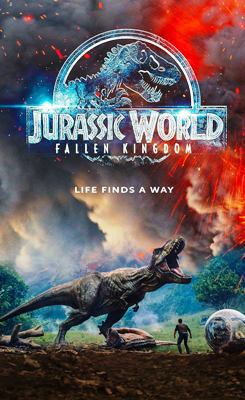 Games with genetics are dangerous, but very spectacular - anyone who watched at least one part of the cult series of films by Steven Spielberg, Joe Johnston and Colin Trevorrow "Jurassic Park" could be convinced of this. "Jurassic World 2" - its next sequel, filmed by director Juan Antonio Bayona ("Shelter", "Voice of the Monster"). The Jurassic World amusement park was destroyed three years ago. However, the island of Nublar, where the park was once located, is again on everyone's lips. An ancient volcano has recently awakened there, and geologists warn that its increasing activity could trigger a massive earthquake that could wipe out the last dinosaurs. Despite the fact that in the past years people have died in the park many times, many activists are still not indifferent to the fate of pangolins. Among them is Claire Dearing, former administrator of Jurassic World. She is sure that dinosaurs need to be saved and as soon as possible. Alas, American senators come to a different conclusion: their verdict is to leave the dinosaurs to their fate. But Claire is ready to support Benjamin Lockwood, one of the creators of the legendary park. Lockwood is old and sick, so his young and ambitious assistant, Eli Mills, is in charge of all his affairs. It is he who offers Claire to take part in the expedition and help secretly take the dinosaurs out of the explosive island. Together they will be able to save 11 individuals, and maybe more; True, Mills has his own plans for these rare animals.