Step away from Pennywise - the creepy clown Jack is back, and this time he's here to kill - in the sequel to 2019's favorite horror movie The Jack in the Box. This time, Jack makes a terrible deal with a dying woman to secure six victims. Writer-director Lawrence Fowler, the creator of the original film that Legion of Doom believes surpassed Annabelle, plays Matt McClure, Nicola Wright and James Swanton as Jack. Blending elements of Hell Rider and Killjoy with the Conjuncture universe, showcasing outstanding creature design, plenty of shock and some fantastically creepy locations, this film is a great standalone sequel to what promises to be a long-running and popular horror franchise. Terminally ill heiress Olga Marsdale acquires a mysterious gothic box containing a captive demon, Jack. The powerful entity within makes a deadly deal with Olga and her devoted son Edgar - deliver six victims to Jack and Olga will remain alive. They trap a few unsuspecting victims in a huge, collapsing mansion - but can they deliver all six before it's too late? Or will Amy, a young and innocent woman recently hired to look after the estate, prove more than just right for the family...and for Jack? 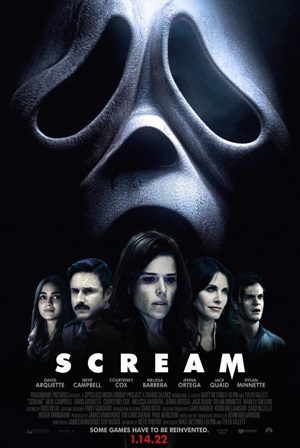